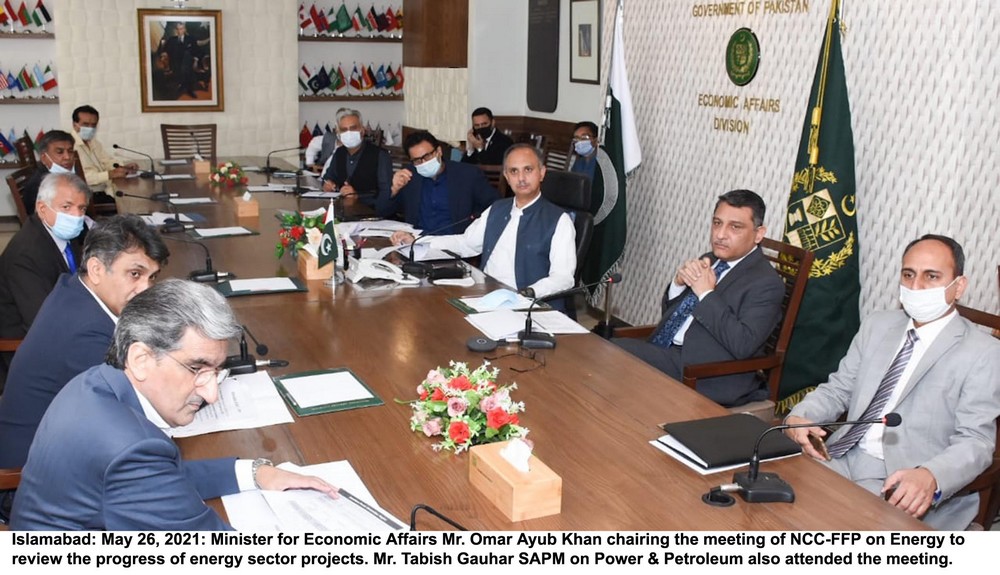 Mr. Tabish Gauhar, SAPM shared the progress made by Power Division and reiterated their commitment to resolve the bottlenecks and ensure smooth & timely implementation of the development projects. Power Division apprised that the long-standing land acquisition issue of CASA-1000 Transmission Line at Nowshera is successfully resolved and the contractor has now been mobilized on the project site. Similarly, significant progress on land acquisition for Dasu Transmission Line at Islamabad West is achieved. It was also informed that NTDC is working on five (5) Grid Stations at Mirpur Khas, Zhob, Lahore North, Jauharabad & Maira under ADB financing and the progress on these projects is now picking up.
The Minister directed the relevant authorities to identify the critical path and set timelines for expeditious implementation of the development projects. He also emphasized on adopting latest technologies and GIS for monitoring of development projects in the country. The Minister appreciated the efforts of Power Division and line departments for improved implementation of foreign-funded projects in energy sector.