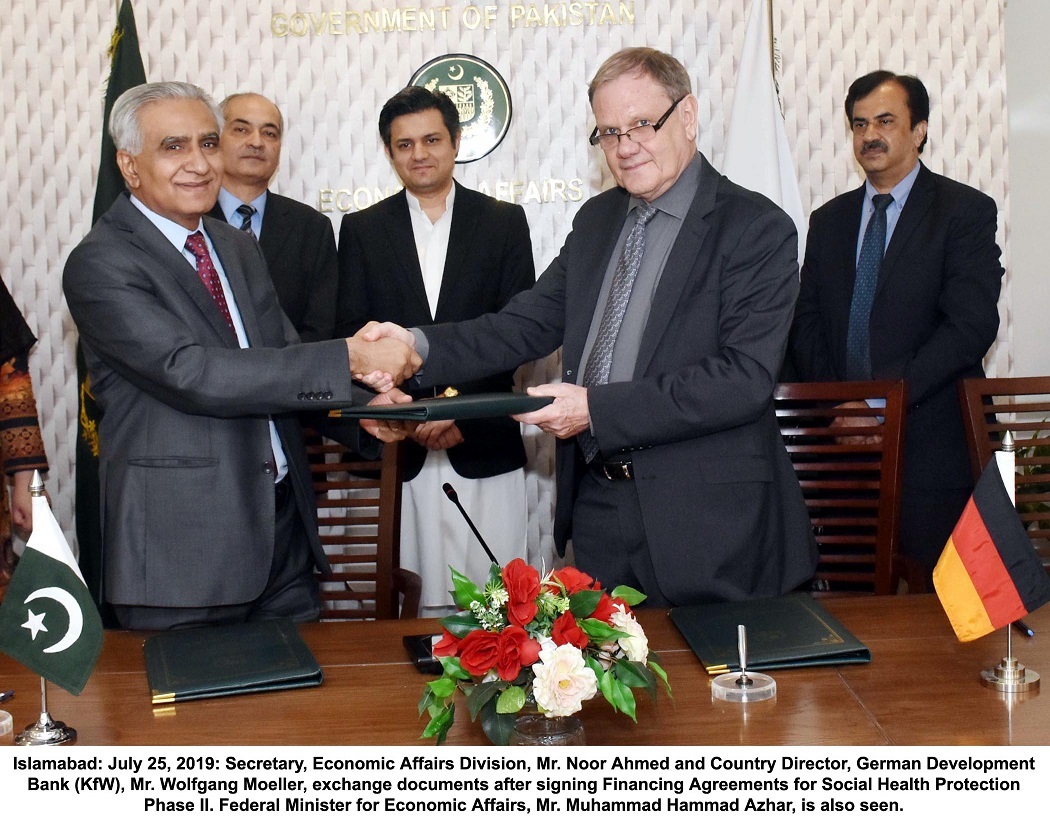 Secretary, Economic Affairs Division, Mr. Noor Ahmed and Country Director, German Development Bank (KfW), Mr. Wolfgang Moeller, signed Financing Agreements for Social Health Protection Phase II. Under the Agreement, KfW will provide grant assistance worth € 2.6 Million and € 9.4 Million for Gilgit Baltistan and Khyber Pakhtunkhwa respectively. The collective amount offered is equivalent to Euro 12 Million. The financial contribution shall be used exclusively for the development of Social Health Protection Schemes in KP and GB to provide quality health care services to the registered beneficiaries. Health Department, KP and Health Department, GB will be involved in the implementation of the programme which will cover cost for hospitalization for child birth, common diseases of childhood, injuries, accidents, common surgeries and medical ailments. The Signing Ceremony was witnessed by Federal Minister for Economic Affairs, Mr. Muhammad Hammad Azhar. The Minister thanked the German Government for the grant assistance which will be helpful in redressing critical health related issues in far flung regions of GB and KP. He highlighted that these initiatives are truly commendable as they are geared to impact the lives of the common man. The Government of Pakistan values the focus of the German Government to invest in such schemes and looks forward to further strengthening future cooperation in the upcoming Government to Government (G2G) Negotiations to be held in Berlin, 2019.