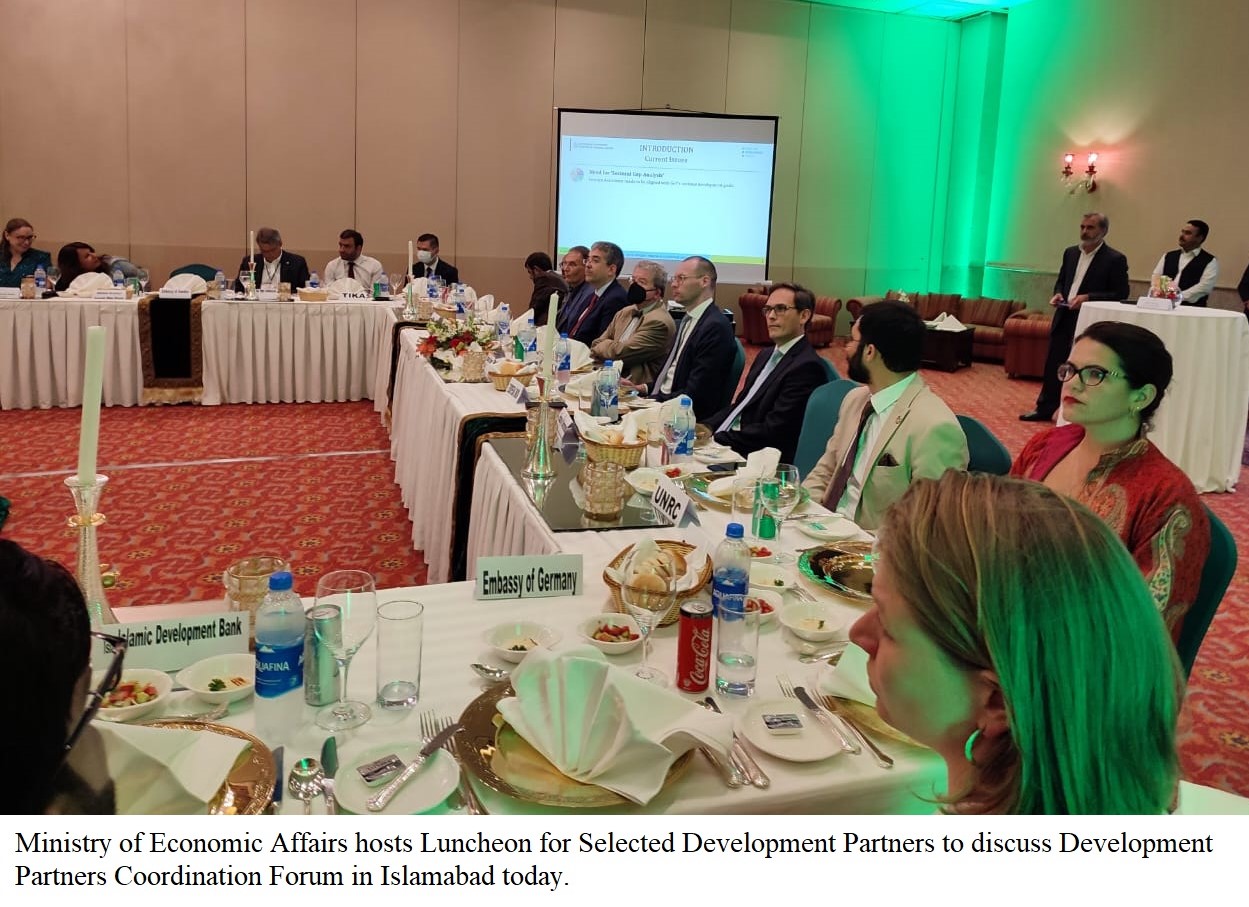 In his opening remarks, the Federal Secretary for Economic Affairs, Mr. Mian Asad Hayaud Din reiterated Government of Pakistan’s development priorities set out in the Vision 2025 aimed at a balanced and sustainable growth.

He further stressed that for achieving sustainable economic development, there is high need for setting up realistic and ambitious targets for the future– aligned with the Sustainable Development Goals (SDGs).

The overall goals for the proposed forum include; Alignment of economic assistance with National Development Priorities, better harmonization, enhanced transparency and management for the results.

The way forward was highlighted including establishment of Sector Working Groups, holding biannual and annual meetings with provinces as well as development partners Coordination forum (DPCF).