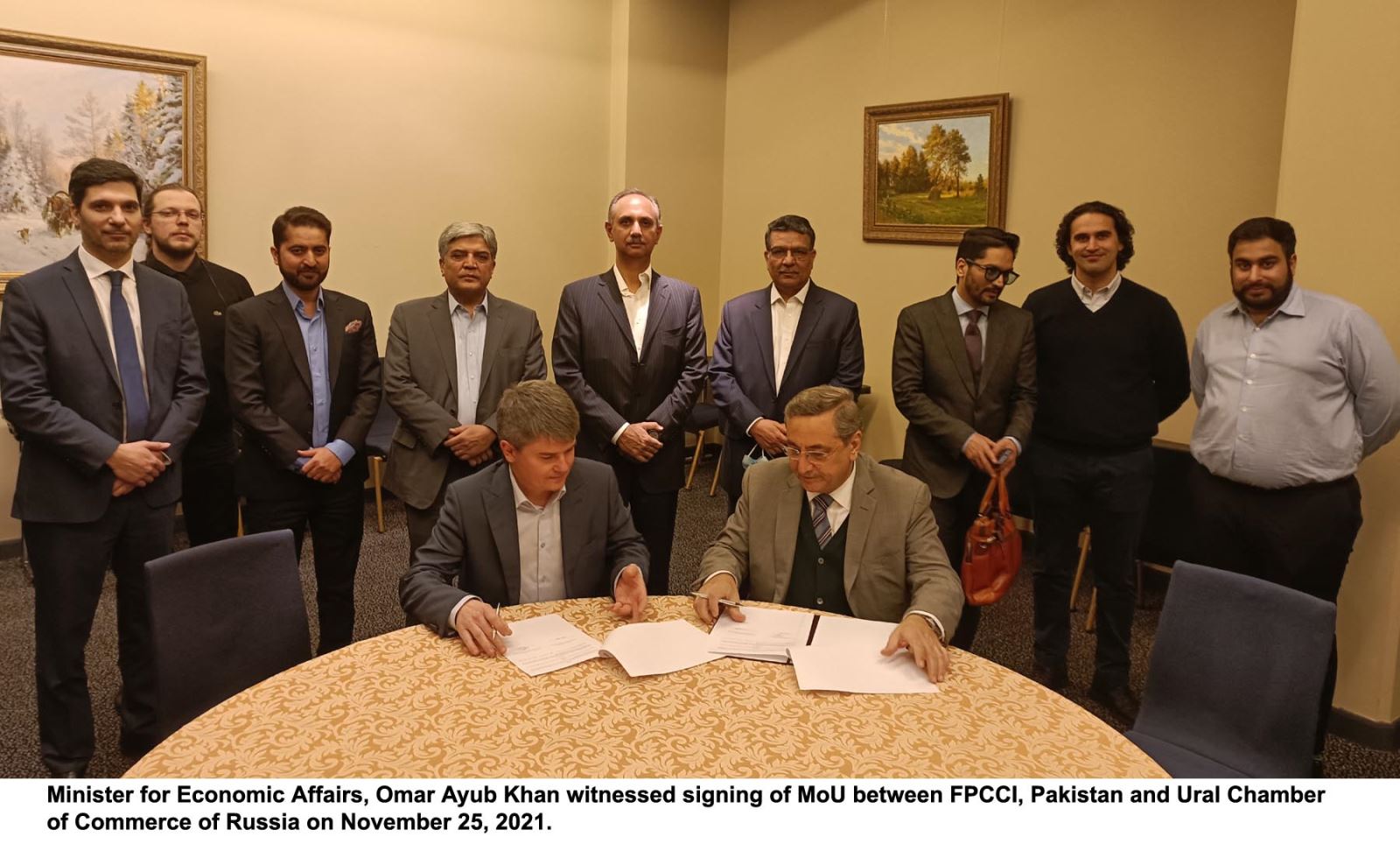 The Ural Chamber of Commerce and Industry, represented by Vice President Mikhail Kozlov, and the Federation of Pakistan Chambers of Commerce and Industry, represented by Mohsin Sheikh, Director and Ex-Chairman of the Pakistan-Russia Business Council, signed a Memorandum of Understanding creating further economic and trade cooperation opportunities between the two countries. The official signing ceremony was witnessed by Pakistan's Federal Minister for Economic Affairs Omar Ayub Khan and attended by Ambassador of Pakistan in Russia Shafqat Ali Khan, Minister of Trade and Investment of the Embassy of Pakistan Nasir Hamid, and other Pakistani officials and officials of the Russian Ministry of Economic Development Israfil R. Ali-Khan and Nikita Buzanov. The Agreement has marked a new step in bilateral relations between the Ural region and Pakistan. Earlier today, Mikhail Kozlov and Mohsin Sheikh accompanied by representatives of the Crescent Group and the Colony Group held the meeting at the Ural CCI to discuss new opportunities of trade cooperation and new niches for Pakistani companies that seek to enter the Russian market. Indeed, the two countries have significantly strengthen their political and economic relations over the last years despite the pandemic. The current intergovernmental negotiations on building the New Trade Corridor through Pakistan-Central Asia-Russia is a clear sign of the new page in the strategic partnership between Russia and Islamabad.