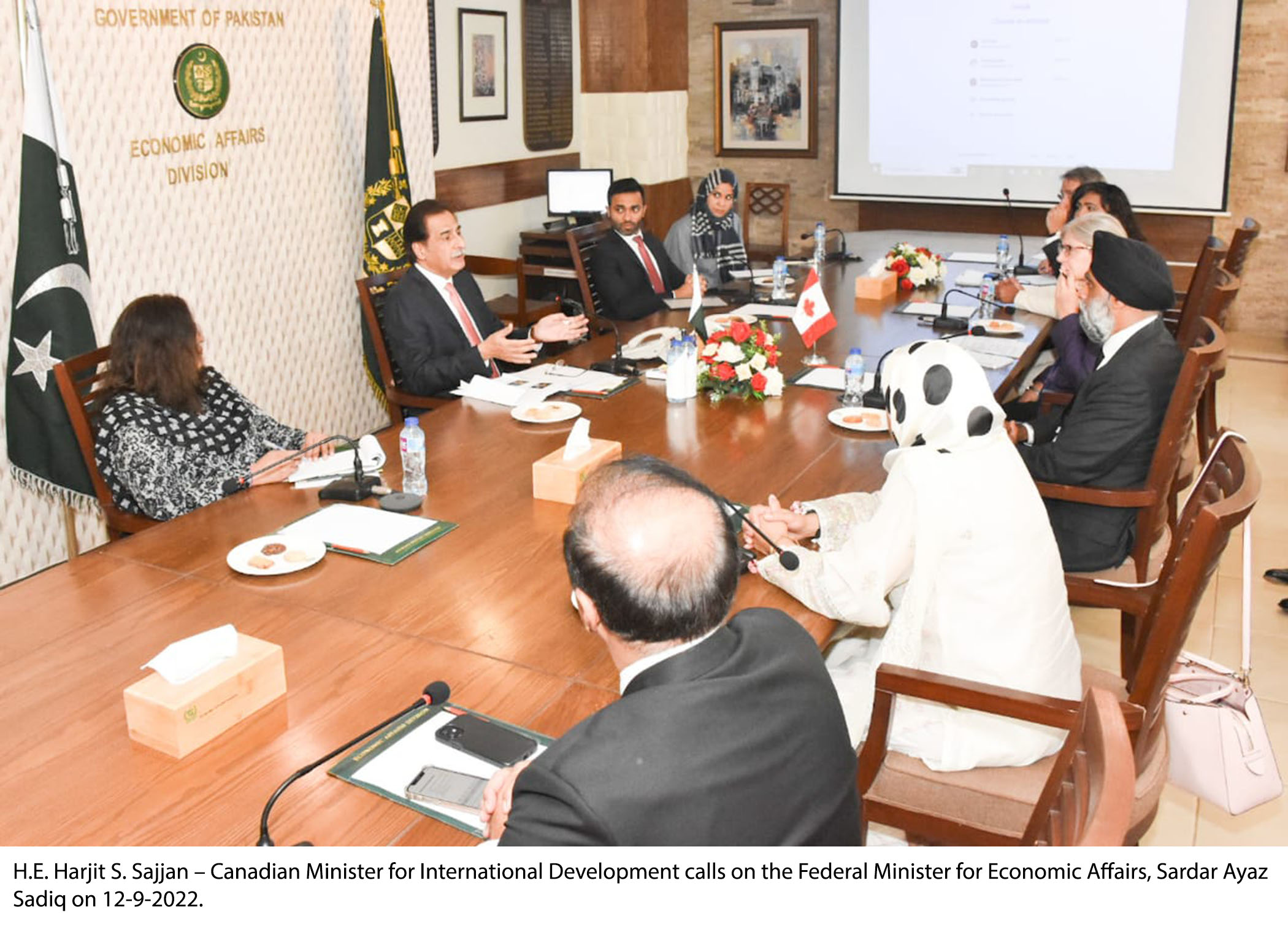 Minister for Economic Affairs highlighted the devastating situation facing by Pakistan due to unprecedented rains and flash floods to his Canadian counterpart. "Pakistan faced 2010 Flood due to melting of glaciers, but this time it is all due to climate change. Pakistan contributes less than 1% of the global greenhouse gas emissions yet, we are suffering more." said Minister for Economic Affairs. He further stated that the Government of Pakistan, Armed Forces, NDMAs, PDMAs, Civil Society, overseas Pakistani, International communities and every citizen of Pakistan, is donating for the cause of damage done by floods.

While speaking on the occasion, the Canadian Minister expressed heartfelt condolences on the devastating floods in Pakistan and stated, “We are mindful of the disaster of floods that Pakistan is going through and we are here to tell Pakistan that we stand with you in your difficult times.” He further stated that Canada is a strong ally of Pakistan. Pakistan has a very strong community in Canada who is eager to help and provide as much assistance as they can. He further assured that Canada is ready to provide financial assistance in infrastructure, energy and even agriculture sector, once the need assessment is done.

Minister for Economic Affairs appreciated his counterpart and highlighted that United Nations Development Program (UNDP), Asian Development Bank (ADB) and World Bank (WB) is going to finalize the Damage Need Assessment report in coming week which will present real picture of the total damage caused by flash floods. He further stated that once the report is finalized, it will be shared with the Canadian Embassy.

He further apprised him that the donations so far received are intended for the flood victims across Pakistan. NDMA, PDMAs are consistently in coordination, all Chief Secretaries of affected Provinces are part of relief and rescue operations. So far, the Government of Pakistan has disbursed PKR 70 Billion under BISP for families who have lost everything.

Moreover, he highlighted that Prime Minister of Pakistan himself monitors the aid effectiveness with the National Flood Rescue Coordination Committee (NFRCC) meetings every day to analyze the situation. Special Steering Committee is also formed to steer the rescue and relief efforts with transparency and efficiency. Canadian Minister appreciated the efforts done by the Government of Pakistan.

The meeting ended with the vote of thanks from both sides.
***